Unforgettable Journey of Algeria in AFCON 2019 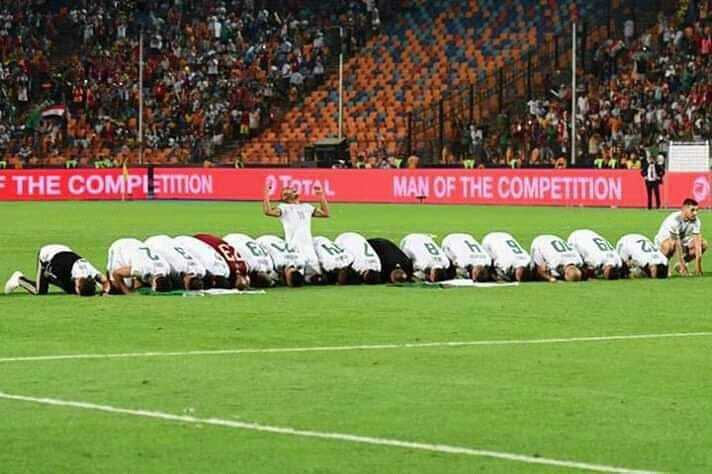 Overall performance of these super trained footballers was too good. They had an impressive journey in this whole tournament of Africa Cup of Nation. They repeated history of 1990 and got trophy second time. Literally, it was a big deal for every qualified squad to push out seven time champions Egypt especially in their home. Have a more detailed knowledge about this recently occurred event which is available on GTV live.

Fortunately, at the initial stage of the event they took a remarkable start by defeating Kenya. In this first group match the top two footballer of their team scored goals including Mahrez and Bounedjah so that both players recognized them as the backbone of this first clash.

The clash between Algeria and Senegal began with the heavy crowd in the internationally recognized Cairo stadium. Even not a single predictor was able to predict that these both teams will have to face each other in the final. Amazingly, they got a golden chance to beat them by scoring 1-0. We can say that there was a big hand of win from cheering motivation of supporters in the ground. The crown of this day went to the Mohamed Youcef Belaili who scored a one precious goal to save his team from the defeat.

In the next attempt Algerians were not relaxed. In reality, they were truly intended to get their destination. In the group C they faced Tanzania. Finally, they badly defeated them by the score of 3-0. On the other hand we cannot say that the footballers of Zambia were not focused rather they tried their best but Algerians were more superior at that time. Men of this match were Ounas who scored two goals and Slimani with scoring one goal which amazingly made their day.

Top sixteen teams qualified for the knockout thrilling stage. In that threatening moment Algeria was still confident and superbly pushed out Guinea Bissau from the tournament. Ounas, Belaili and Mahrez saved their team from the bad elimination. They all scored a goal and pushed Algeria to the quarter final round of eight squads. Literally, this match was a phenomenal example of teamwork which is the best way to reach the final destination. On the other hand the top team Egypt was unpredictably eliminated by South Africa with the score of 1-0. This elimination made all the other qualifying teams confident.

After all they qualified for the quarter finals and faced here Ivory Coast which got the trophy of Africa Cup of Nations two times. Match was tied and it led to the crucial stage of penalties. In result, from the total ten penalties super strong Algerians scored 4 rather their opponent were so closed with a score of 3. The effort of three stars Bensebaini, Slimani, Delort and Ounas pushed away two time champion “Ivory Coast” from the soccer event. Confidently, they put step into the semi finals.

Many people were imagining their super focused squad in the final round but the followers of their opponents were predicting their elimination. They proved their strong intention in the face of winning semi final against so called super eagles. Fans of Nigerian team were shocked after the close defeat of by 2-1. In the 40th minute Ekong showed his tactics and favorite captain Riad showed his responsibility in the 90th minute. At the conclusion these both goals made them finalists of AFCON.

Final day became to face already defeated team Senegal. Likewise they beat them in the group match so there were more predictions of winning the final and this dream came true. Algeria made their country very proud after defeating Senegalese by 1-0. You ought to watch this memorable football final clash on GTV sports live.