At least seven people have killed including four foreigners while dozens other sustained injuries after a bus crashed in eastern Cuba. 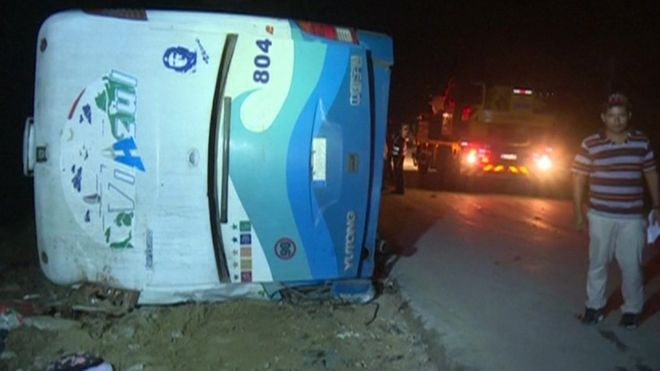 The bus was carrying 40 passengers, including 22 foreigners when bus crash occurred in Cuba.

The foreigners came from Argentina, France, and Germany. The thirty-three injured included the citizens from the UK, the US, Canada, France, the Netherlands, and Spain. The bus was moving from Baracoa to Havana when the crash occurred near Guantánamo.

According to the driver, he lost control of the bus due to a wet road at around 20:00 GMT, though he was driving slowly. However, witnesses told that he tried to overtake another vehicle which led to the crash.

How the crash unfolded?

The bus was carrying 40 passengers, including 22 foreigners and belongs to the state-owned company Viazul.

Two Argentinean women, a 59-year-old German woman, and a Frenchman included among the victim.

Meanwhile, five of the wounded have a critical condition in hospital. The UK Foreign Office is also seeking further information about the two British national, injured in the bus crash

The military’s tourism division runs the Viazul. It is also one of the ideal ways for visitors to go to the island.

Cuba has roads in badly-lit and poorly maintained condition. Traffic accidents are frequent here. Some 4,400 deaths have reported in Cuba since 2012.