The Oxygen OS team keeps on offering improvements to the earlier models – the OnePlus 5 and 5T got updated to v9.0.1, whereas the OnePlus 6 got up to v9.0.3. Read further to know all the details.

For Bluetooth headphones, the OnePlus 6 received an audio equalizer, next came an update of the similar sort for the 6T. In addition, the stability of wireless connections (both Wi-Fi and Bluetooth) was made better.

The other big target of this update was the camera software with optimized image processing and much improved performance of the slow-motion modes and Nightscape. The security patch has been put up to December 1, 2018. 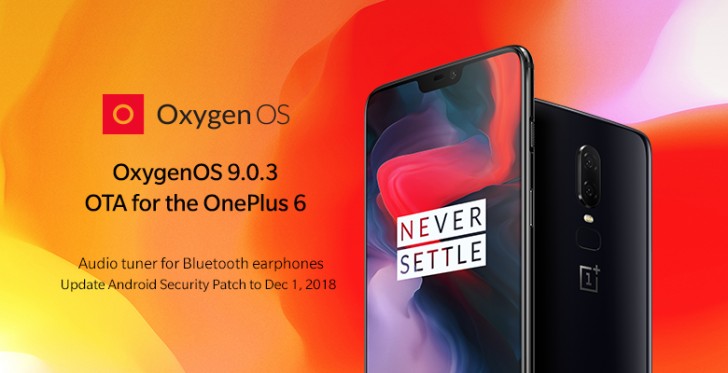 The OnePlus 5 and 5T update repaired almost all of the issues, but in addition, it optimized the display’s Reading modes and sRGB. Now coming to the issues, Wi-Fi stability got improved, missing 4G VoLTE toggle was placed in its place and reboots when screen casting were repaired.

Remember this thing that the updates are getting presented slowly, suggesting that several people is going to have it before rest of the people.