Live Images of OnePlus 6T come out before launch

The first image displays the front side of the OnePlus 6T. Seeing the image, everyone can view the all-screen design featuring the plastic covering for the in-display fingerprint scanner and a teardrop-shaped notch up top. 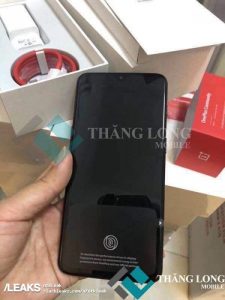 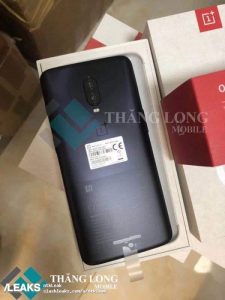 The image of backside displays the composition of the main dual-camera. It is placed at a central place on the upper half of the device. It gets presented having a 16-megapixel sensor full with f/1.7 aperture, and a secondary 20-megapixel camera having a similar sized aperture. This new device is going to have a very unique night mode in the camera app.

The device is scheduled to feature a 6.4-inch AMOLED display having a resolution of 2340 x 1080. As stated by the leaks, a 3,700mAh battery runs the powerhouse of the phone. Though, OnePlus 6 gets transported having a 3,300mAh battery. The new handset is supposed to feature a USB-C port and Qualcomm Snapdragon 845 chip. A dual-SIM capability is also going to be there.

As has been stated in the earlier leaks, the OnePlus 6T phone has a much better system for navigation gestures and an entirely new UI for OxygenOS. It has further disclosed by leaks that the OnePlus 6T is not going to feature the 3.5mm headset jack.