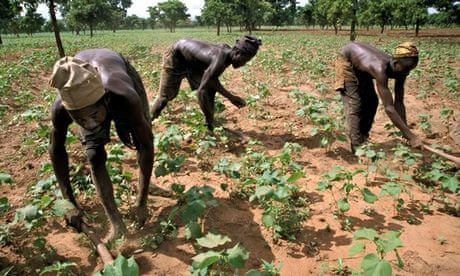 The Sefwiman Rural Bank has voted GH¢1.7 million for development of agricultural sector by creating employment opportunities and increasing income of the people in the western region.

34 per cent of five million cedis has associated by the bank as a loan to support the agricultural sector development by next financial year.

Dr Francis Aboagye-Okyere, The Board Chairman of the bank, has revealed this during the 9th annual general meeting of the bank by saying that funding provides benefits to different areas such as piggery, cocoa inputs, poultry, milling, rice cultivation, and vegetables farming.

He stated that the bank provided GH¢1,000,000 as loan in agricultural sector during last year, from which 3 million loans granted to their clients.

Dr Aboagye-Okyere has also mentioned the increase in loans and advances as well as customer’s deposits from 2013 to 2014.

He said the increase in deposits is due to the hard working of staff members, he emphasized them to keep working hard for the development of the country.

Mr Kwadwo Aye Kusi, The Managing Director for ARB Apex Bank has urged the rural banks to make stronger their management structure for their finance improvement.

US delegation would visit to Ghanaian cocoa farmers